For many, completing their academic studies is an end in itself, marking the conclusion of an important stage in life. The reality is that the end of one stage usually marks the beginning of another. Such is true in the world of visual art, in particular, for the group of young artists who make up contiNew, a collective comprising up of five recent graduates artists from Dasein Academy of Art’s Fine Arts program.

aveNew is this collective’s first group exhibition, signifying a new start for them, post-academia, as they strive to make a name for themselves in the Malaysian art scene. The collective comprises of Chok Yue Zan, Jasmine Cheong, Koo Yean Ni, Yasmeen Cheong, and Yong Kang Yun. All five of these young artists will be exhibiting paintings in a variety of figurative styles.

Zan’s works depict dreamy memories of nature as he remembers it from his hometown of Tawau, Sabah, fast disappearing due to development, not unlike many other places across the country. Jasmine’s artworks take us back to happier days both as innocent children and young adults, but behind the visual innocence lie deeper stories to contemplate. Yean Ni’s works appear reminiscent of a naïve worldview, yet her compositions address matters more substantial that usually bear on more adult minds. Yasmeen’s charcoal works depict individuals whose life stories seem worth delving into deeper. Finally, Kang Yun’s whimsical style visually discusses urban life and its many challenges.

While their styles differ, one common thread among all five is their determination to make it as visual artists in this increasingly challenging and competitive field. Their first foray as a group demonstrates to us that although young, these artists are collectively determined to produce works to the best of their abilities, touching on subjects that hold great importance to each individual artist.

aveNew commences on Tuesday, September 29, 2015 and will continue its run until Sunday, October 18. An opening reception will be held at 3pm on Sunday, October 4, 2015. Apart from that, eminent Malaysian artist Mr. Ng Kim Peow, better known in the Malaysian art scene as Kim Ng will be the guest of honour of this event.

Apart from being an active artist, Kim Ng also heads the Fine Arts department at Dasein Academy of Art, and is thus quite well acquainted with all five participating artists. In part, it could be said that it is this senior artist’s guidance that has helped the five young artists to arrive at where they are today. It is, therefore, both an honor and a pleasure to have him officially open the exhibition. 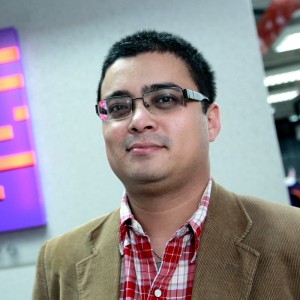